Titus 2 is one of my touchstones for women’s ministry.

Most women live quite different lives now than they would have in Titus’ time, but we still need to be self-controlled, pure, kind and submissive, adorning the word of God in our daily lives. The women on a staff team are to help the women in the church to do this.

END_OF_DOCUMENT_TOKEN_TO_BE_REPLACED

It’s been just over two weeks now since the release of Women, Sermons and the Bible (WSB), and my thanks to many of you for the messages of appreciation and support. I’ve been particularly encouraged by a number of people who have commented on just how clear and accessible the book is, even when dealing with quite complex arguments and claims. Here’s part of one email from a Sydney laywoman:
END_OF_DOCUMENT_TOKEN_TO_BE_REPLACED

Discipling my four children is possibly the most challenging (and certainly the most humbling) experience that I have ever had. Because they share a house and most of the day with me, they know me and my faults better than anyone else. How many times have I questioned the wisdom of this arrangement? Did God factor in who I really was when he put these little disciples in my home? Yet there they are, day after day, with no place else to be but under my care and discipleship… watching, watching, watching me. And (gulp) imitating. END_OF_DOCUMENT_TOKEN_TO_BE_REPLACED

I’m a mum with three children (7, 6, and 3) and, like most mums I know, I’m bogged down with the minutiae of life and suffering from constant tiredness. Since having children, my prayer life and quiet times have been whittled down to a minimum, so the thought of evangelism hasn’t been high on my agenda. Getting through each day without a trip to the doctor or to Accident and Emergency has taken priority! END_OF_DOCUMENT_TOKEN_TO_BE_REPLACED

On Boxing Day 2012 (Christmas Day in Australia), a series of electronic booklets called “Fresh Perspectives on Women in Ministry” was released by Zondervan. One of these booklets was written by John Dickson, a highly respected Australian evangelist, writer, researcher and Anglican minister. Although I have only met John briefly, I have personally appreciated and benefited from much of his written work–both academic and popular. He has been involved in Christian ministry for significantly longer than I have; nevertheless we do share a number of things in common. I write regularly for an organisation (Matthias Media) with whom John has had a long and fruitful association. I am a Sydney Anglican minister myself. I also share similar academic research interests to John, particularly regarding the application of New Testament historical research to contemporary ministry. (more…) 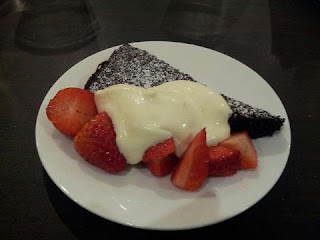 I burst into tears.1 It was one of those comments made occasionally by even the most sensitive of husbands as he dares to go where female friends fear to tread: “Jess made some yummy gluten-free sandwiches for the staff meeting today. You should get the recipe!” END_OF_DOCUMENT_TOKEN_TO_BE_REPLACED

As I said in The Briefing #398, these are some of my reflections on what God has taught me about the ministries of women. Following on from the importance of women in ministry considering themselves to be Bible teachers and of cultivating joy in evangelism, in this article I want to talk about the central place of training, the necessity of teamwork, and the mixed emotions of sending. All of these elements are necessary not only for any woman in ministry to be committed to, but also for any man wanting to encourage women in ministry. (more…)

Our own experiences often affect how we read the Bible. Take Romans 16:7, for example:

Greet Andronicus and Junia, my kinsfolk and my fellow prisoners, who are of note among the apostles, who also were in Christ before me. (Rom 16:7)

There’s something in this verse that often catches the eye of the modern reader: a woman, Junia, is said to be “of note among the apostles.” This means that she was either a person of note to the apostles, or that she was herself “among the apostles.” Either way, the Bible seems to be saying that there was a woman who had a ministry role that was important in the early church. Surely then, as many argue, the example of Junia means that women today, too, can and should have significant ministry roles? At this point, our own experiences can play a big part, particularly our experiences of Christian ministry. (more…)

Muriel Porter has been attacking Sydney Anglicans for years. In synods, committees, and in print, she has vociferously opposed the position of the Diocese of Sydney on a whole range of issues. Never very far from the surface, though, is her anger at the diocese’s attitude towards female priests and bishops. (more…)

What follows are some of my personal reflections on the ministries of women, whether they’re staff members in a church or involved in everyday ministry with others. Some of what I have to say is more applicable for women employed as a member of a pastoral staff team, but most of it is also about normal Christian discipleship and ministry in any context. These thoughts are what I’ve come to see as important not only for women in ministry roles, but also for men who wish to support them in their ministry.
END_OF_DOCUMENT_TOKEN_TO_BE_REPLACED A few years ago, our family of six left a congregation full of parents with young children, and joined a church made up mostly of university students.1 This wasn’t an ideological statement on our part: it was simply because my husband works in university ministry, and that’s where we needed to be at the time. But it’s made me aware of some of the benefits and costs of going to church with people from a different age and stage from your own.

END_OF_DOCUMENT_TOKEN_TO_BE_REPLACED

If it happens that ongoing developments encourage a rethink among some of those people who consider themselves egalitarian, a move to a more biblical understanding by former egalitarians will be aided by two main gestures by complementarians. END_OF_DOCUMENT_TOKEN_TO_BE_REPLACED

We have been considering some of the reasons why there may be some moves out of the egalitarian ‘camp’ in the foreseeable future—say, over the next twenty years or so. In this post we’ll consider the problems that arise when champions of women’s ordination cease to campaign for their cause, but have to rule on the basis of it, and conclude in the next by considering how complementarians can respond to these opportunities. END_OF_DOCUMENT_TOKEN_TO_BE_REPLACED

In this four-part series we are looking at some of the reasons why some egalitarians are likely to reconsider their commitment to women exercising authority in the church. This time around, we are looking at the pressure placed upon egalitarians by the gay lobby. The times, they are a changing, and yesterday’s radical advocate of equality and liberty (for fighting for women’s ordination) is today’s muddle-headed conservative champion of prejudice (for not approving homosexuality). One of the biggest challenges evangelical pro-women’s ordination advocates are going to experience is the growing move to approve of active homosexual lifestyles. END_OF_DOCUMENT_TOKEN_TO_BE_REPLACED

I have argued in a previous series that the disagreement over the role of women in the church has now reached a point where some structural separation at the institutional level is likely to work itself out. The debate is, by and large, over; leaders of the two movements are now moving on to explore the ramifications of their position for doctrine, the Christian life, and how church and ministry are conducted. This will mean institutions will become more monochrome as they take steps that make it hard for people to stay if they disagree. It will also mean that both groups may well find themselves diverging on related doctrines, as the fundamental principles at play behind the concrete debate over women’s ordination increasingly work themselves out to other areas of doctrine and practice. END_OF_DOCUMENT_TOKEN_TO_BE_REPLACED